- December 06, 2017
It's not personal. I'm sure everyone has heard that said to them at one time or another throughout their lives, in this post I'm going to discuss what this means to me in testing from two perspectives: not catching every bug and not making found bugs personal.

Every time that a bug is found that was introduced by something you helped to test it is hard to not blame yourself for letting it slip through. It's hard to reason with why that isn't your fault and what you could have done differently to find it. The only way to get through those situations is, you guessed it, don't take it personally! Now, don't think that I am some expert at this. In fact, I struggle with this every single day. I still have to give myself pep talks every once in a while to remind myself not to take it personally and to just keep moving forward.

There is no way to find every bug. That just is not possible, no matter how good you are, no matter how good your team is, something will slip through. Yes, it sucks. But the key to those situations is to learn from them, not to dwell on them. When you get too wrapped up in the thought process of "this is my fault, I should have caught this" it becomes very difficult to learn from what happened. You're so caught up in your own personal feelings you don't take the time to ask the important questions. These can include things like "What steps did the reporter of the bug take?", "What was different about their environment?", "What kind of data were they using?" etc. By asking those questions instead of becoming wrapped up in the personal guilt you are able to enhance your testing tool belt for next time. You can be more aware of the situations that could occur in the field and you can use that knowledge and share it amongst your team to prevent the same sort of issue from occurring in the future.

At the same time, as testers, we need to be tactful in how we approach reporting bugs. Language is a fickle thing and it can be very easy to accidentally (or occasionally on purpose in the heat of release) phrase a bug in a way that says to the developer "This is your fault!". Sure, some may argue that others should also work on what was said above about not taking things personally and learning from mistakes, which is true, but we can also work on not making that situation worse. By reporting bugs as objectively as possible and not laying blame on what the cause was shifting focus to potential solutions then it is less likely to be taken negatively. This works for writing up bug reports but also in the way that conversations occur around an issue. By working as a team to diagnose the issue with a focus on the solution and only evaluating the root cause to learn from it we can create an environment where it is a team effort and not a personal failure.

It can be difficult in all stages of testing and development to not take things personally. But when no one is taking things personally it also allows for a better analysis of the root cause of the issue so that the entire team can learn and improve moving forward. By looking at things objectively and creating an environment where the team works together to tackle issues you can help to take that burden of failure off of one individual and create a more productive work environment.

Knowing When To Let Go... And Who To Let Go Of

- March 21, 2019
In my last post I talked about knowing when it was time for me to let go of my old job and old company in search of better things for myself and my career. This time I'm going to change it around a little bit, how do you know when you need to let go of someone from your team, for the good of your team?  Recently I saw our QA team be cut in half due to layoffs. Although I wasn't directly involved with the decisions that were made at that point in time I did need to mentally come to terms with what had happened and come to terms with the fact that I played a part in a small way.  When I started at my new company I had been told that the team had some growing to do and that there would be challenges that I would be asked to help find solutions for. Fortunately, a week before I started someone else also started, a Senior Test Strategist who is one of the most incredible testers I've ever had the pleasure of knowing. So the good news was that I wasn't going to be goin
Read more 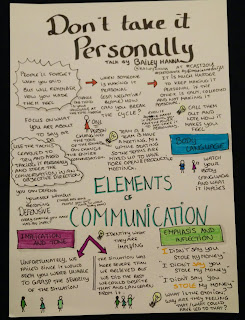